At the turn of the 20th century, William Hesketh Lever had a timber frame building erected in the gardens. This was the first bungalow, named Roynton Cottage.  It was manufactured by the Manchester Portable Building Company and the sections would have been delivered to the site by horse and cart from Horwich railway station.

For a short time, Lever used Roynton Cottage as a hunting lodge, but he soon instructed alterations to the building, and turned it into a hilltop holiday home.  Portraits of his family and his wife’s family adorned the walls and it was filled with artwork and antiques – Lever was a renowned art collector.

Roynton Cottage was surrounded by pergolas, and a stone dovecote was erected in front with a bird bath at its base. 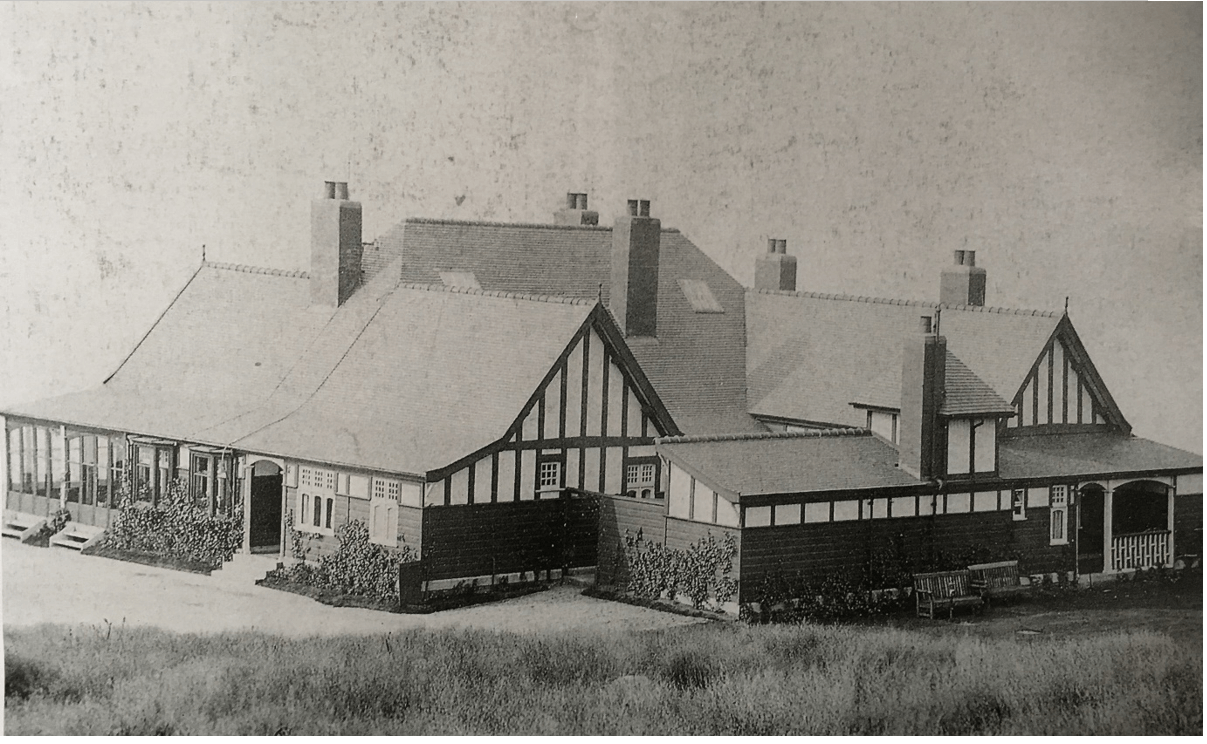 In 1913, militant Suffragette, Edith Rigby, driven by her chauffeur, came to Roynton Cottage equipped with paraffin to burn the bungalow to the ground.  She was annoyed that Lever, although he was in favour of women’s rights, was dining with King George V and Lord Derby at Knowsley Hall.

She checked nobody was home before starting fires at strategic points around the bungalow to ensure maximum damage. By the time anyone saw the flames, it was far too late to save the building.

She later admitted to burning down the bungalow, saying in court:

“I want to ask Sir William Lever whether he thinks his property on Rivington Pike is more valuable as one of his superfluous homes occasionally to be opened to the people, or as a beacon lighted for King and Country, to see that here are some intolerable grievances for women.” 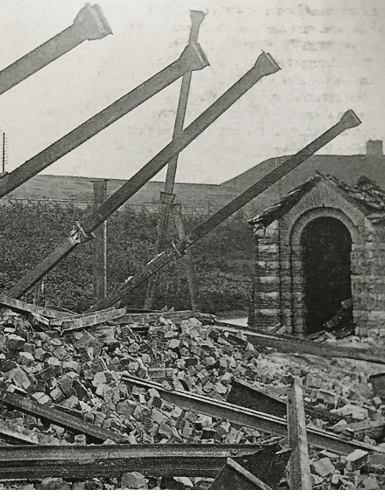 Only a few weeks after the fire, Lever’s wife Elizabeth died at their Thornton Manor home.

Over time, Lever made many adjustments to his holiday home adding another floor for his servants and a ballroom to entertain his guests.

In this picture, you can see a dovecote on the right. This dovecote was originally installed at the other side of the Bungalow – overlooking the Orchestra lawn. However, to make room for the new ballroom, it was relocated to the driveway leading up to the Bungalow. 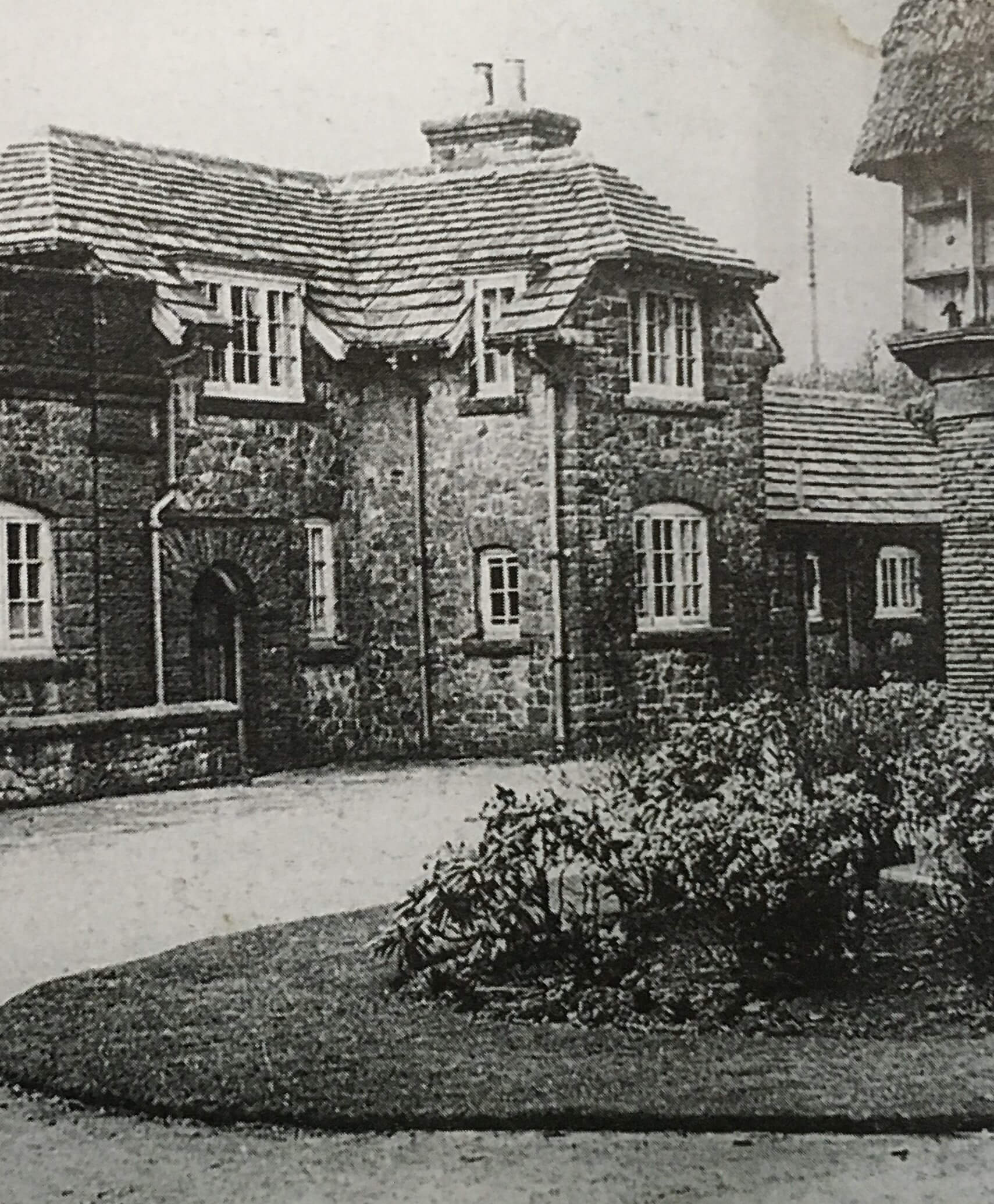 When Lever died in 1925, his son, not having the same passion for Rivington as his father, sold the Bungalow, gardens, and much of its artwork and furniture at auction.

By 1947, the Bungalow had been vandalised to the point where action needed to be taken, as the building was deemed unsafe.  There was public outcry, but none of the local authorities wanted to invest in its renovation, so the demolition took place in early 1948.

By 2018, all that remained of the Bungalow was a rough overgrown area with a few remaining black and white tiles from the ladies’ toilets. During the conservation project, the Bungalow footprint has been fully excavated. The tiles have been covered to protect them. A circle of wildflowers outlined in stone has been created to identify the ballroom where Lever would dance the night away with his guests.

Below the Bungalow lies the Orchestra Lawn, which featured a sundial.  It is on this spot that Lever is said to have proposed to Elizabeth Ellen.
All the original pathways have been exposed and cleared, the wild overgrown vegetation has been removed and new drainage installed.  The grass has been re-sown and volunteers have rediscovered the rockery surrounding the area, and cleared the planting beds of the rubble left behind when the Bungalow was demolished in 1948.

The volunteers and contractors have worked tirelessly to recreate the Bungalow and Orchestra Lawn areas. Now they must be maintained and kept beautiful. The Orchestra Lawn is a delightful and picturesque entertainment space, and was used for the first time (since renovation) in Summer 2019 for Tea On The Lawn, when 120 people were served afternoon tea while listening to a harpist.
To help maintain this beautiful space, visit the Volunteering pages, and for events, keep up to date here.
(In order to get advance warning for our events, become a “member” of the friends of Rivington Terraced Gardens for a small donation of just £10. Find out more here.) 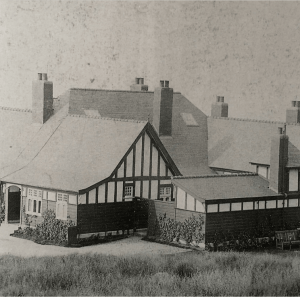 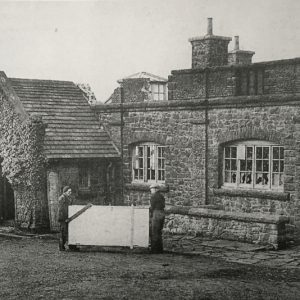 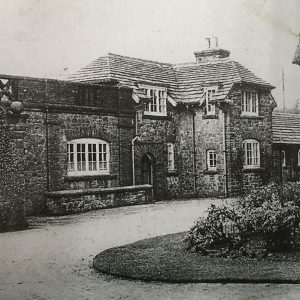